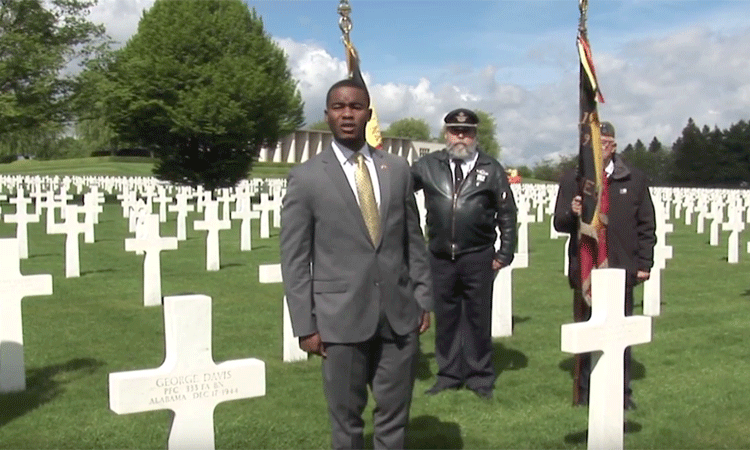 In May 2017, students from Morehouse College, Atlanta GA came to Belgium as part of an exchange program dedicated to Wereth 11 and their legacy.  During their time in Belgium, the students visited Henri-Chapelle American Cemetery where each student took on the persona of the one of the Wereth 11 soldiers buried at this cemetery. Watch their deeply moving testimony as they stand by the soldier’s grave and tell you about their lives and their tragic deaths. The story of the Wereth 11, a group of African-American soldiers massacred by Nazi SS troops during the Battle of the Bulge, is a unique chapter in the long history of ties that bind Belgium and the United States of America.

During the Battle of the Bulge in December 1944, 11 African-American soldiers of the 333rd Field Artillery Battalion found shelter in the Langer family home in a small hamlet called Wereth, Belgium. During the coldest winter of the 20th century and the final desperate Nazi offensive of the war, the family risked their lives by taking in American soldiers. When a Nazi patrol entered the hamlet, the Americans decided to surrender rather than risk the lives of their Belgian hosts. The soldiers were marched to a field nearby and brutally murdered.

The story of the Wereth 11 would likely be lost to history if not for the efforts of one of the Langer children who found the bodies in the field and dedicated his life to keeping their memory alive. Today the Wereth 11 Committee has become an all-volunteer memorial committee, including members of the Langer family, which organizes an annual ceremony that has grown from a few dozen to hundreds in attendance.

Programs like these help ensure that the legacy of the Wereth 11 will never be forgotten.

Watch more videos on our YouTube playlist “African Americans in Times of War.”