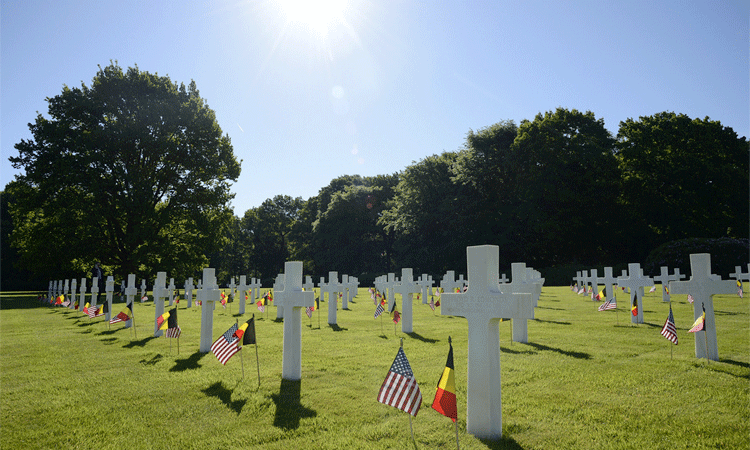 The Ties that Bind

This weekend, Americans will remember the men and women who made the ultimate sacrifice in service of their nation. In the United States, Memorial Day (May 27) will be honored with parades of veterans, children on bicycles decorated with red, white and blue ribbons, and school marching bands. Families will host barbecues and visit loved ones at cemeteries, leaving American flags on their grave sites. In Belgium, it is an honor for the U.S. Embassy to pay homage to fallen American soldiers whose final resting place in Europe is thousands of miles away from home. This weekend I will join Belgians and Americans in ceremonies at the American Battle Monuments Commission cemeteries and memorials at Flanders Field, Ardennes and Henri-Chappelle, as well smaller events in communities across Belgium. It is a heartwarming experience to join Belgians in these simple yet profound acts of remembrance.

With the 100 th anniversary of the end of World War I approaching, Belgians are contemplating their own fallen soldiers. Throughout the Great War and World War II, our countries were tied to the common cause of liberty. This was true when our citizens launched the Commission for Relief in Belgium, whose legacy lives on in the Belgian American Educational Foundation. It was true as well following the Second World War, with the Marshall plan and the creation of NATO forming the foundation of seven decades of peace and prosperity. The legacy of those investments in Belgium and Luxembourg — equal to $4.5 billion today — can be seen in contemporary investment initiatives like Wallonia’s Plan Marshall 4.0.

During my stay in Belgium, I have often been reminded of the strength and resilience of the U.S.-Belgium partnership. Earlier this week, the U.S. First Cavalry Division from Fort Hood, Texas began moving thousands of troops and tons of equipment through the Port of Antwerp en route to NATO’s eastern flank. This is a concrete example of Belgium’s geostrategic importance in Europe made possible through its investments in infrastructure. This deployment marks the third major rotation of American combat units as part of Operation Atlantic Resolve. It is made possible by our investment in the multi-billion dollar European Deterrence Initiative, a clear signal of our ironclad commitment to the NATO Alliance and to regional stability.

Our leaders at the highest levels have underscored the United States’ commitment to a close relationship with Europe. Just last week, President Trump said during a White House visit by NATO Security General Stoltenberg, “The strength of the NATO Alliance does not depend on military might alone, but also the deep ties of history, culture, and tradition that have long united our civilization. Now, we must renew these ties and rededicate ourselves to our shared heritage.”

Sadly, we have seen a disturbing increase in Russia’s attempts to redraw the borders of Europe by force and to interfere with democratic processes across our alliance. The United States stands shoulder-to-shoulder with Europe, ready, willing, and able to overcome future challenges to security, liberty, and prosperity. Belgium is an active partner in this allied effort, participating in air patrol missions alongside the United States and other partners to secure NATO’s Baltic skies.

The United States places great value in our longstanding air partnership with Belgium. A transatlantic approach to securing the skies from Europe to Afghanistan to Syria and Iraq that has been an ideal complement to Belgium’s defense relationships on land and at sea. NATO is, after all, about collective defense, and the United States has stood side-by-side with Belgium operating the highest technology, front-line aircraft since the earliest days of the Cold War. Belgium’s Strategic Vision for Defense 2030 assures that new capabilities across the land, sea, and air will bolster sovereign and alliance security and defense capabilities, and will also cement the international partnerships essential to Belgium’s security.

Our relationship is not defined by a single battle or bilateral agreement; it is a broad and deep partnership that has endured for more than 185 years. As European countries strive toward greater integration and cooperation, we are all the more mindful of the transatlantic partnership that plays a pivotal role in safeguarding our mutual prosperity, security, and shared values now and long into the future.