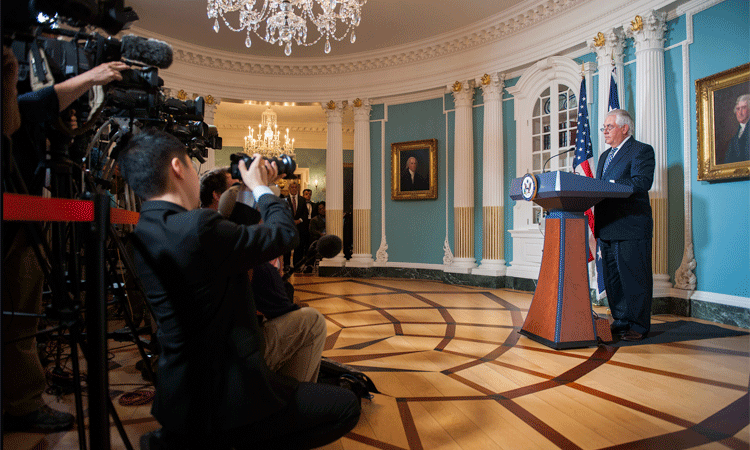 At the outset of his remarks, Secretary Tillerson discussed conditions of religious persecution and intolerance as well as 80 percent of the global population living with restrictions on or hostilities to limit their freedom of religion. The Secretary reiterated the Trump administration’s commitment to addressing these conditions and advancing international religious freedom around the world. “The State Department will continue to advocate on behalf of those seeking to live their lives according to their faith,” he said.

Secretary Tillerson took a moment to call out a few of the more egregious and troubling conditions around the world such as ISIS targeting multiple religions and ethnic groups for rape, kidnapping, enslavement, and even death. He stated, “ISIS is clearly responsible for genocide against Yezidis, Christians, and Shia Muslims in areas it controls or has controlled.”

The Secretary also highlighted, from the report, other specific examples of governments around the world who are using discriminatory laws to deny their citizens freedom of religion or belief. He cited cases involving persecution, criminal penalties, arrests, and blasphemy laws in Iran, Saudi Arabia, Turkey, Bahrain, Pakistan, China and Sudan.

As Secretary Tillerson ended his remarks he said “No one should have to live in fear, worship in secret, or face discrimination because of his or her beliefs.” The Secretary made clear the State Department will continue its efforts to advance religious freedom globally. He concluded, “We look forward to working with Congress, and the administration, to continue America’s indispensable role as a champion of religious freedom the world over.”