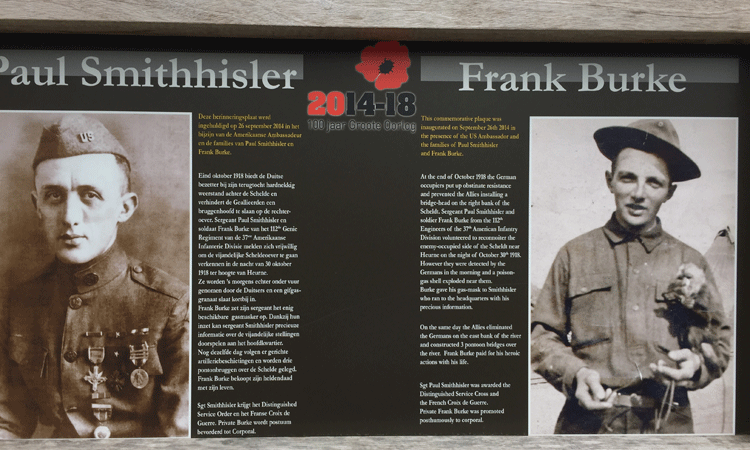 This weekend, Americans all over the world will remember the men and women who made the ultimate sacrifice in service of their nation. Families will be paying their respects to their loved ones and planting flags at headstones to honor those who fought and died for our freedom – from the American Revolution in 1776 to today’s fight against international terrorism.

I have worked in nine countries on four continents over my 27-year career.
Belgium is one of very few countries that shares with the United States a common history – and collective tragedy – that serves as the bedrock of our modern day relationship. I liken our common history to when two people go through a traumatic experience together. Despite the tragedy that befell, the relationship that emerges is inevitably different, and intangibly stronger.

During my nearly two years in Belgium, I have attended numerous ceremonies around the country. I am always deeply moved by the expressions of
gratitude and genuine warmth and affection that the people of Belgium have for the thousands of American soldiers who made the ultimate sacrifice in both world wars.

Today is a special day where we not only commemorate the liberation of Oudenaarde by American forces in 1918 but focus specifically on the legacy of two soldiers.

You have heard the story of Sergeant Paul Smithhisler and Private Frank Burke. Two Americans from the Midwest, among the roughly two million-strong American Expeditionary Forces under General John J. Pershing, who traveled thousands of miles to help liberate Belgium and turn the tide of war against the Central Powers in Europe. During the final offensive to break through the German lines, Frank saved Paul’s life by giving him his gas mask instead of taking care of himself. Frank tragically died of the exposure to the gas attack a month later. A quote from Paul’s son Jack, here with us today, published in a touching article written by Frank’s Great Niece Jane Pipik in 2014 struck me. It demonstrates the kind of person Frank was during life and the strong bond shared by these brothers in arms. Paul told his son, “I had no strength by then. I was gasping for air. I remember he slapped the gas mask on me. He saved my life. If he had put his gas mask on first, he’d have been okay and I’d be dead.”

Two American heroes, far from home 100 years ago, and one selfless act of in the face of grave danger that brings us together here today.

May I ask you all to join me in a moment of silence to reflect on the bravery of Sergeant Paul Smithhisler and Private Frank Burke and all those who fought for our freedom and made the ultimate sacrifice.

At the beginning of my remarks, I mentioned how the people of Belgium have never forgotten. The community of Oudenaarde is a perfect example.

In many ways, this ceremony marks a full circle. The young American soldiers came here in 1918 to fight a war far home. One hundred years later the Belgians have not forgotten their liberators and remain in contact with the families of these brave soldiers in the United States. Now, we unveil a memorial placed by the Americans in honor of their ancestors.

I also understand that Frank Burke’s diary and the flag that covered his casket on the voyage home were donated to the community of Oudenaarde. It is stories like these that form that very fabric of the U.S.-Belgian relationship.

I know there are many people who worked hard to see this day come to fruition; I would like to thank Mayor De Meulemeester of Oudenaarde and
everyone on the city council for their support for this project and everything they have done over the years. I would also like to thank Chris de Waele  and all the volunteers who have given so much of their time. Thanks to families for helping ensure that future generations will never forget what happened here 100 years ago.

So many of you have told me that you can never do enough to honor the fallen and that may be true, but what you have done is extraordinary.

On behalf of the United States and its people, I am truly grateful to all of you.