Home Startpagina | News & Events | When presidents change, these are the ones who stay 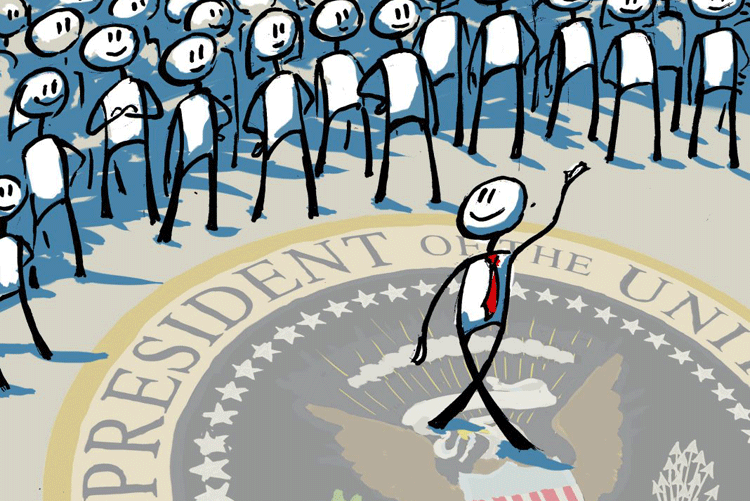 The election of a new U.S. president brings new ideas and new people to Washington, but one constant remains: Career federal employees will make sure the government continues to function without interruption no matter who’s in the White House.

Donald Trump, like all presidents-elect, will bring in the people he thinks can best implement his vision. Immediately on Inauguration Day, 4,000 appointees will begin to replace those of the previous administration. But it’s not a clean sweep. The government employees who aren’t replaced play a crucial role by providing continuity between administrations.

“The reality is the career workforce is the continuous thread across administrations,” Max Stier, president of the Partnership for Public Service, told the Washington Post. “They’re the people who know how it works and how things get done.”

America prides itself on its smooth transitions of power. More than six months before the new president is even elected in November, work is underway at all the federal agencies to prepare for the new administration. The person in charge of that at every agency is a career civil servant, called a “civil-service executive.”

“Any presidential appointee who’s going to succeed is going to need to talk to the senior executives who are going to be executing policy and providing information,” said Paul Light, a professor of public service at New York University.

Civil servants also are instrumental in getting newly appointed political employees up to speed on their agency’s operation. New appointees, Light said, “should make contact early on with the department or agency they are about to inherit. ‘What’s in the pipeline?’ ‘What are the big issues we need to address?’ The senior executives, who I believe are astutely honorable and forthcoming, have all that information.”

Whether it’s stepping up to temporarily lead in an agency or helping incoming appointees work effectively from the first day, civil servants guarantee continuity during presidential transitions.

“They’ve got a ton of information on how things work, and they’ve got a lot of experience to lend,” Light said.