Home Startpagina | Our Relationship | Policy & History | Marking the Centenary of the U.S. Entry in World War I | Post-War reconstruction and VIP travel 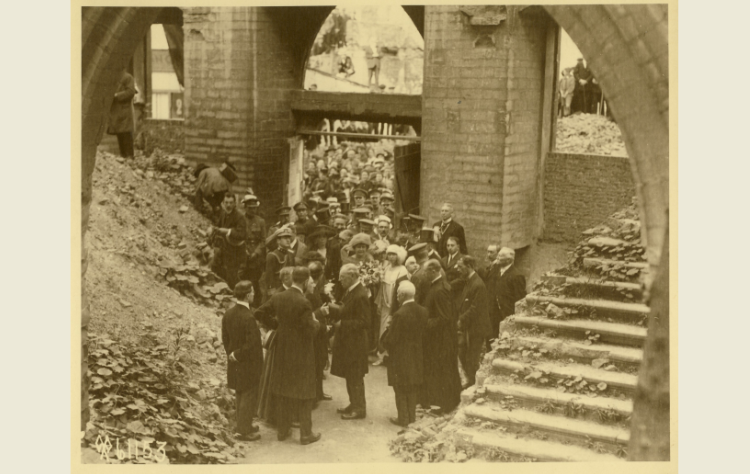 November 11, 1918 marked the end of World War I. Total civilian and military casualties were more than 37 million people. The world rejoiced that the war was over but the difficult task of rebuilding had just begun.

President Wilson traveled to Europe to personally represent the United States at the negotiations of the Treaty of Versailles. On his way to France, he first toured the battlefields of Belgium.  Wilson arrived by train in Adinkerke and proceeded to visit Zeebrugge, Ieper, Nieuwepoort, Veurne and other sites near the former battlefields before heading to Brussels. During the next few days, he visited Mechelen, Charleroi, and received an honorary degree while standing in the rubble of the KU Leuven library tower. 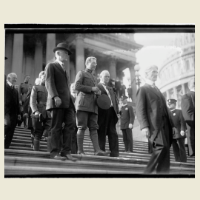 The President was only able to meet with the King in private as he had suffered a stroke, so all of the King’s public appearances were with Vice President Marshall.