Home Startpagina | Our Relationship | Policy & History | Marking the Centenary of the U.S. Entry in World War I | Do you know Brand Whitlock and Hugh Gibson, U.S. diplomats stationed in Belgium during and after WWI? 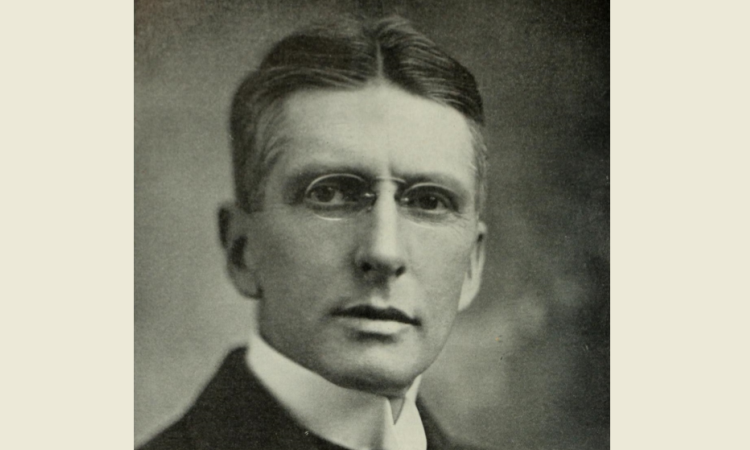 Two senior American diplomats, Brand Whitlock and Hugh Gibson, were stationed in Belgium. They kept extensive journals of their time in Belgium during and after World War I.

While celebrated as a great American author, accomplished attorney, and four-term mayor of Toledo, Ohio, it was as the U.S. Minister to Belgium that Brand Whitlock earned the nickname of “Le Ministre Protecteur” on account of his role as an advocate for Belgian citizens and condemned prisoners in German-occupied Belgium.

Born in 1869 in Urbana, Ohio, Whitlock’s early career touched in journalism, litigation, and politics. After declining a nomination to serve a fifth term as Mayor of Toledo, in 1913, he accepted President Woodrow Wilson’s appointment to serve as Minister to Belgium. Arriving in Brussels in 1914, Whitlock was in office at the outbreak of the European War. Remaining at his post following the German invasion of Belgium, he was entrusted with the delicate task of representing seven of the warring nations, including the United Kingdom.

As U.S. Minister to Belgium, Whitlock famously championed the case of Edith Cavell, a British nurse who was arrested by the German occupation forces in Belgium for her role in helping over 200 wounded Allied soldiers escape to safety. Whitlock appealed her condemnation to the German Military Governor of Belgium, to no avail. Her death sentence was carried out on October 12, 1915.

Whitlock courageously continued his work as an advocate of the interests of the American and Belgian peoples during Germany’s occupation of Belgium, taking responsibility to ensure that food aid sent by the U.S. Commission for Relief in Belgium made its way to the intended recipients, the citizens of Belgium and occupied Northern France, and not to the German occupying forces.

The United States’ formal declaration of war against Germany on April 6, 1917 necessitated that Whitlock and the other Americans close the U.S. legation and depart for Switzerland. From this new base of operations, Whitlock continued to follow events in Belgium closely and even visited King Albert I at the battle front. He returned to Brussels in November 1918 following the signing of the armistice and the restoration of the Belgian government.

Whitlock returned home to the United States for a brief visit in 1919, during which time the U.S. diplomatic mission in Belgium had been raised to the rank of an Embassy. Upon his return to Belgium, Whitlock consequently served as Ambassador until 1922. By the time of his death in 1934 in Cannes, France, he had written a total of eighteen books, including Forty Years of It, his autobiography published in 1914, and Belgium: A Personal Narrative, published in 1919.

For his work in Belgium he received numerous honors, including Knighthood in the Order of Leopold, and a boulevard in Woluwe-Saint- Lambert was named after him. 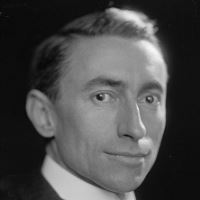 After joining the U.S. Foreign Service at age 25 in 1908, Hugh Simons Gibson would go on to achieve international acclaim as one of America’s most dedicated, talented, and well-respected diplomats over a 46 year career in international relations. An alumnus of Los Angeles Military Academy, Pomona College, and Paris’ Ecole Libre des Sciences Politiques, Gibson was also known as a diligent advocate for professionalization of the U.S. Foreign Service.

Following posts in Washington, D.C., Honduras, London, Havana, and Santo Domingo, Gibson was appointed as the Secretary of the American Legation in Brussels in 1914. Gibson was at post in Brussels when German troops violated Belgium’s border and her neutrality.

In Belgium, Gibson worked diligently to protect the welfare of non-combatants caught in the crossfire. In vain, he and U.S. Minister to Belgium Brand Whitlock appealed the death sentence of Edith Cavell, a British nurse who was condemned by the German occupying forces for helping Allied soldiers flee Belgium to safety abroad. Yet his other efforts were very successful. Throughout the war, Gibson administered local activities of Herbert Hoover’s Commission for Relief in Belgium, which saved Belgium from starvation. On humanitarian grounds, he took on the protection of German civilians in Belgium, coordinating their evacuation amidst high tensions in Brussels. Later, Gibson would look after the citizens of a number of other warring nations when their Legations in Belgium were forced to close. He recorded his day-to- day activities in a diary that he would later publish as A Journal from Our Legation in Belgium, one of several primary sources through which the story of American involvement in Belgium is told in this volume.

After service in Brussels, Paris, and other posts during World War I, Gibson was appointed the first U.S. Minister to a newly independent Poland in 1919, appearing on the cover of Time Magazine. He served there until he was transferred to Switzerland in 1924, where he was U.S. Minister and Ambassador-at- Large to the League of Nations in Geneva. While in Switzerland, Gibson represented U.S. interests at a number of international conferences, including the Preparatory Commission for the Geneva Disarmament Conference.

In retirement, Gibson nonetheless continued a career in international affairs and humanitarian relief, serving as the Vice-President of the Belgian American Educational Foundation, Chairman of the American Relief Administration, Director-General of the Commission for Relief in Belgium, Director of the Provisional Intergovernmental Commission on Movements of Migrants from Europe, and in many other roles. During this period, he authored many books, including Belgium: The Country and Its People, The Road to Foreign Policy¸ and The Problems of Lasting Peace, which he co-authored with Herbert Hoover.

Read “A journal from our legation in Belgium” by Hugh Gibson https://archive.org/details/journalfromourle00gibs