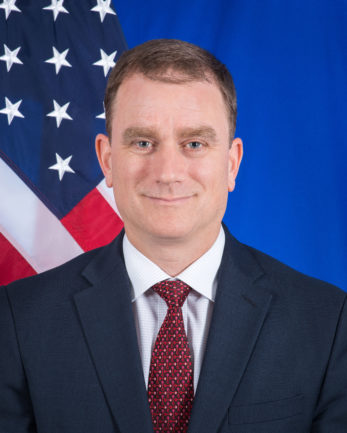 Nicholas Berliner began his assignment at the Embassy of the United States to the Kingdom of Belgium in August 2019.

Before arriving in Belgium, Nicholas served as Director of the Office of Russian Affairs at the Department of State from August 2017 to July 2019.  Prior to this he was Deputy Chief of Mission at the U.S Embassy in Tbilisi.

Nicholas holds a Master’s Degree from Georgetown University and speaks Russian, Croatian, Spanish and French.  He is married and has three children.