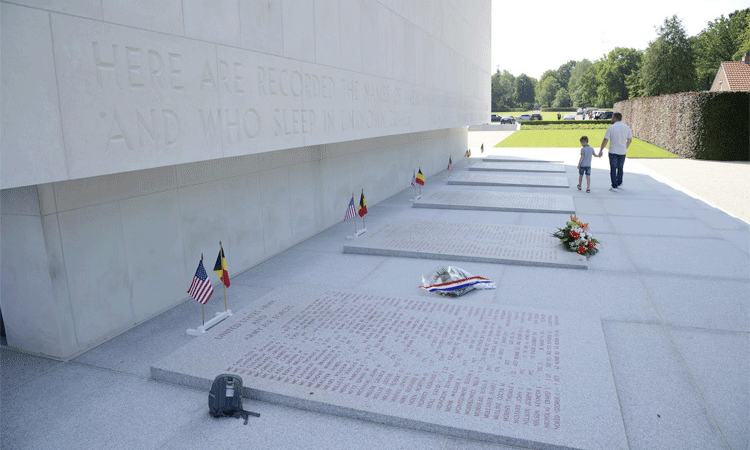 The Representative of His Majesty, the King;
Speaker of the House Bracke;
Minister Bacquelaine
Excellencies;
Honored Veterans and Service Members;
Family Members and Friends;

Memorial Day, originally called Decoration Day, dates back to the late 1860s as way to honor those who died during our Civil War. In 1868, then Congressman and future President James Garfield gave the first Memorial Day remarks at Arlington National Cemetery and opened with the following words, which still hold true today: “I am oppressed with a sense of the impropriety of uttering words on this occasion. If silence is ever golden, it must be here beside the graves of fifteen thousand men, whose lives were more significant than speech, and whose death was a poem, the music of which can never be sung.”

During my nearly two years in Belgium, I have attended numerous ceremonies around the country and I am incredibly impressed by the expressions of gratitude and the genuine warmth and affection that the people of Belgium have for all those who made the ultimate sacrifice in both world wars.

If someone asks you why we do this, why we are here today?
The answer is clear:
Look around you.
We are here for them.

We are here for all those who answered the call to serve and never returned home – soldiers like Henry Kaitala, from my home state of Minnesota. Henry was born in the small northern Minnesota town of Virginia, the son of immigrants from Finland. Shortly after the attacks on Pearl Harbor, at the age of 23, he joined the Armed Forces and became a B-24 pilot, rising to the rank of Second Lieutenant.

Second Lieutenant Kaitala was part of the 8th Air Force, 44th Bomber Group, 68th Squadron, which began flying missions over Nazi-occupied Europe from Shipdham, England in November 1942. On December 6, 1942, three bomber Squadrons flew a mission to attack an aerodrome in northern France. The mission was called back, but the planes of the 68th Squadron did not get the message, and proceeded alone to the target. 2 LT Kaitala was co-pilot on one of the B-24s that continued to the target. As they returned from successfully dropping their bombs, the squadron was attacked by waves of German fighter planes. Rather than bail from their aircraft, the crew put up a fierce fight – the B-24 gunners shooting down
three enemy fighters before their aircraft finally crashed into the English Channel.

It was the first loss in the war of a plane and crew for the 44th Bomb Group. For their gallantry in combat, 2 LT Henry Kaitala and the crew of the plane were awarded the Silver Star.

Henry left behind his parents and a brother in Virginia, Minnesota. His name – and the names of his comrades on that flight – are inscribed on the Tablets of the Missing here at Ardennes American Cemetery.

We owe Second Lieutenant Kaitala and his comrades a tremendous debt of gratitude that we can never repay, but we can build on their legacy by dedicating ourselves to peace and international cooperation – and the Belgium-U.S. relationship – that ensured a Europe whole, free and at peace for nearly 75 years will remain safe and secure for generations to come.

The challenges that we face in the world today – from terrorism to instability to the east of the NATO alliance – are a troubling reminder of the importance of our alliance with Europe. Belgium and the United States share an unbreakable commitment – enshrined in NATO’s Washington Treaty – to do whatever it takes

to defend both our nation’s freedom and democracy. That was as true in the beginning of the 20th century, and it is equally true in 2018.

I have no doubt that if these soldiers, who surround us as eternal sentinels of liberty, would still be with us today that they would be proud. Proud to see a democratic Europe at peace for 74 years, proud of their country and its partnership with Belgium and allied nations and partners around the world, proud to see all of you here today.