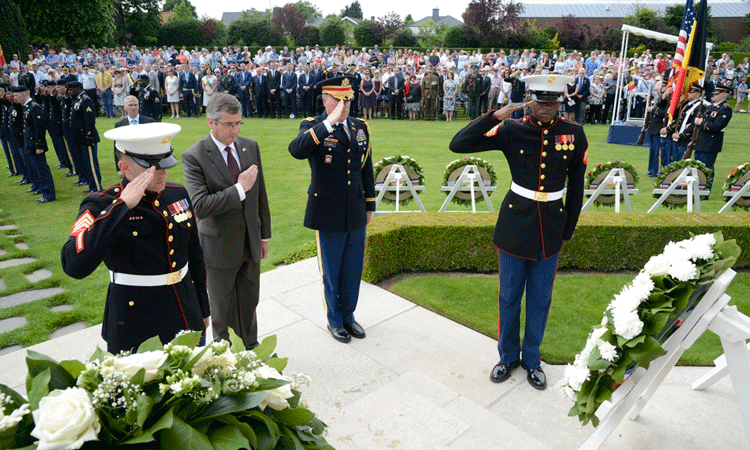 Chargé d’Affaires Matt Lussenhop: “This is my first Memorial Day in Belgium and I have to say that I’m deeply moved by seeing all of you here today. The crosses and stars of David that surround us today are an eternal reminder of the high price of freedom. Belgium and the United States of America have a shared history of tragedy and loss but also of unity and an unbreakable belief that we are fully committed to do whatever it takes to defend our freedom and democracy.” https://www.facebook.com/usembassybelgium/posts/10154998892068110

Chargé d’Affaires Lussenhop: “On April 6, the US embassy organized a special ceremony marking the centenary of the US entry into World War One, the first, truly global conflict that engulfed the lives of millions of soldiers and citizens from great empires to small nations. Tragically, as the world started to recover from what was then called “The Great War” or the “war to end all wars” WWII broke out and left an even greater path of destruction from Europe to Asia.” https://www.facebook.com/usembassybelgium/posts/10155000302793110