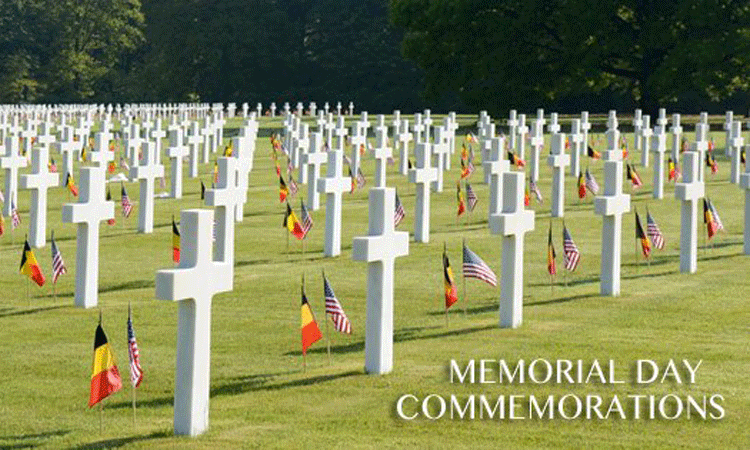 Belgian and American service members fought side by side to liberate Belgium and Europe from occupation during two World Wars.  Of the nearly 500,000 Americans who died, more than 14,000 are buried in Belgium.  On Memorial Day, Americans pay homage to their fallen soldiers who made the ultimate sacrifice.

In Belgium, American military cemeteries are the sites for three ceremonies.

Two ceremonies will commemorate our fallen soldiers from World War II: at 10:00 a.m. on Saturday, May 26 at Ardennes American Cemetery in Neuville-en-Condroz, and at Henri-Chapelle American Cemetery at 4:00 p.m.

In honor of the centenary of the end of First World War, there will be a special ceremony at Flanders Field American Cemetery at 3:00 p.m. on Sunday, May 27, which will also be broadcast on Facebook Live for those who cannot attend in person.