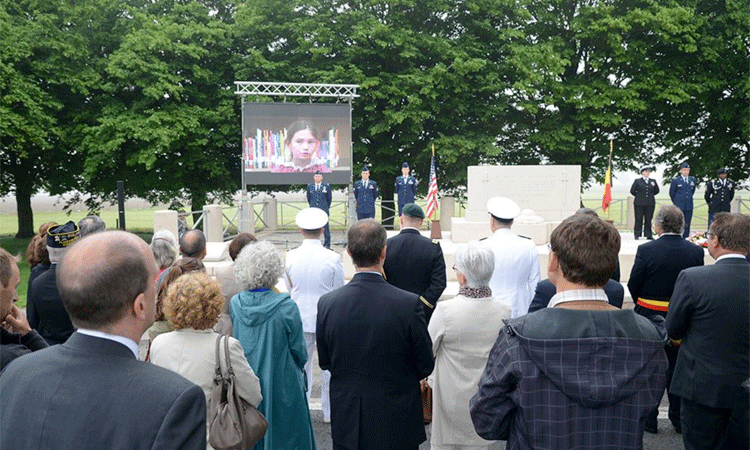 It is an honor to be here today.

This weekend Americans all over the world will remember the men and women who made the ultimate sacrifice in service of their nation. It is an
important time for us to tell the stories of those who came before us, and to reflect on the past so that we can work together towards a future of peace and prosperity for all.

We are here in Kemmel where American soldiers first entered the fighting in Belgium during World War One. The first American casualty on Belgian soil was only a few kilometers from here.

Thousands of soldiers from all across the United States fought here in some of the harshest fighting of WWI.

In the words of President Wilson, “they fought for a universal dominion of right by such a concert of free peoples as shall bring peace and safety to all nations and make the world itself at last free.”

More than 100,000 Americans died during World War I; 368 of those soldiers are buried at nearby Flanders Field American Cemetery and Memorial,
where the people of Belgium have never forgotten them.

I would like to recognize the schoolchildren and teachers present here today as well as their new friends in Lincoln, Nebraska for their efforts to learn more about each other’s country both in 1918 and today. It is citizen diplomats like you that will help carry the torch of remembrance forward.

It is great to see all of you here today helping ensure that the sacrifices of those we honor today will never be forgotten. Thank you all.