DISCOVER THE STORY BEHIND THE OHIO BRIDGE

Sgt. Paul Smithhisler was heading back from a dangerous reconnaissance mission – swimming across the icy Scheldt River to sketch positions of German heavy weapons for bridge planning –  when poison gas shells began to fall.

On the American side, Pvt. Frank Burke pulled his gasping comrade from the water and fitted him with a gas mask, even before donning one himself –  a choice that led to Burke’s illness and death just a few weeks later.

Smithhisler’s diagrams made the strategic bridge possible, yet he never forgot the sacrifice made by 21-year-old Burke that night. “He saved my life. If he had put his gas mask on first, he’d have been okay and I’d be dead.”

Today, imposing, life-size statues of American bison stand guard at Belgium’s Ohio Bridge spanning the Scheldt River. They commemorate this historic event that helped bring WWI to a close: the U.S. 37th Infantry Division’s crossing and breaking through one of the German Army’s last lines of defense. 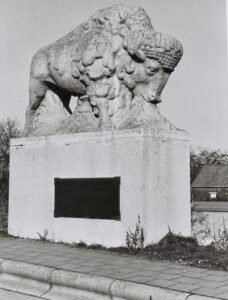 The bridge, constructed solely for that purpose, depended on engineers and builders –  but also on the heroism of those two men one fateful October night in 1918.

Smithhisler, who became a highly-decorated veteran and an architect, lived to age 93. Yet he never left the violence and loss of his wartime experience far behind since he endured a life-long battle with PTSD. Two generations of relatives have traveled to Belgium to visit the battlefields and sites that defined his life story.

Burke’s relatives treasure photos of a young, ever-smiling Frank, particularly one with a monkey –  a military camp mascot –  perched on his shoulder. They remember him not only as a hero, but as “fun-loving and carefree,” and they take comfort in Belgium’s dedication to honoring the history of the Ohio Bridge, even beyond its centennial. “What surprised us was that in another country, [more than] one hundred years after the day he died, strangers are still remembering him and his service to our country — and to theirs.” 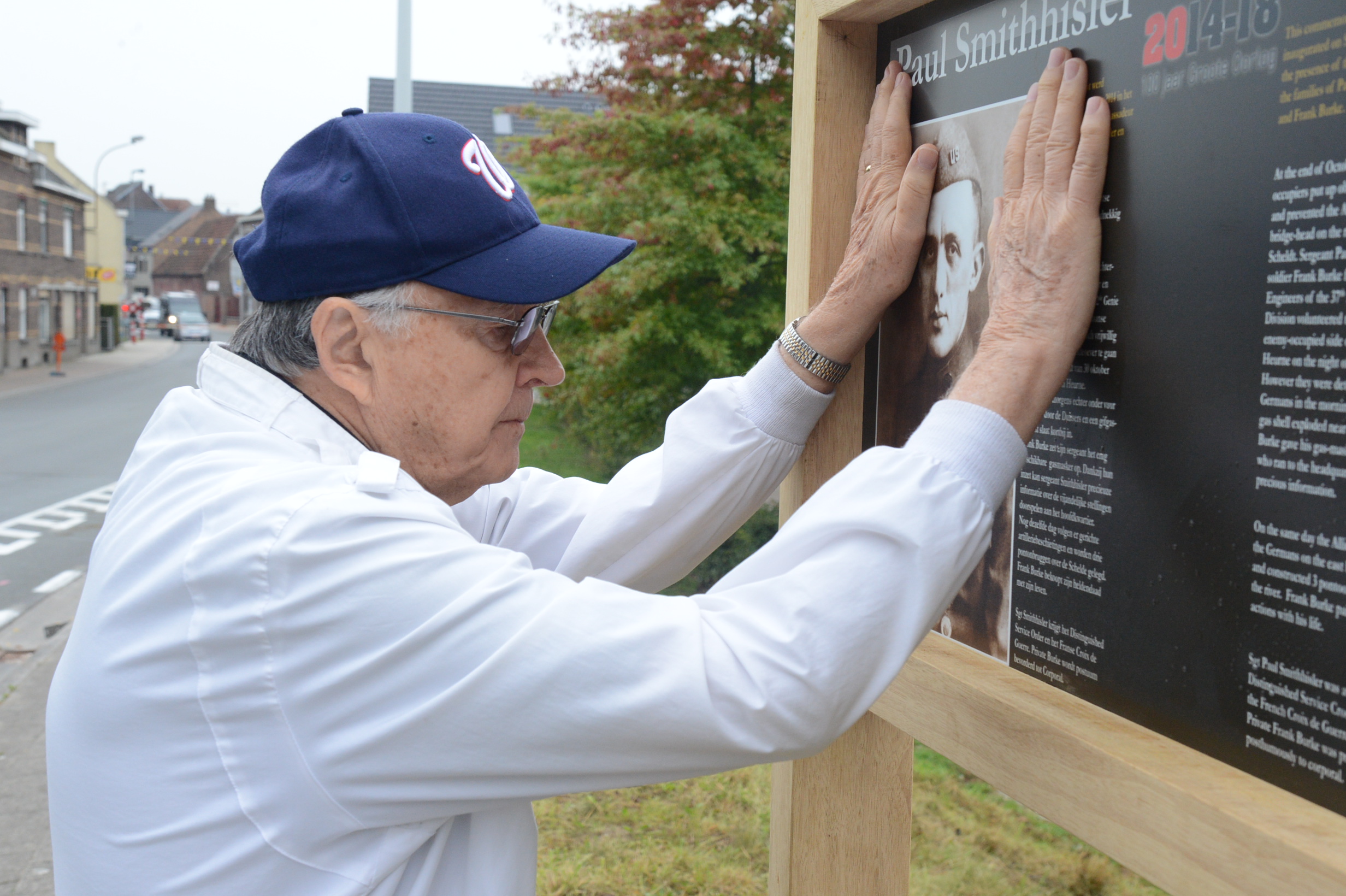 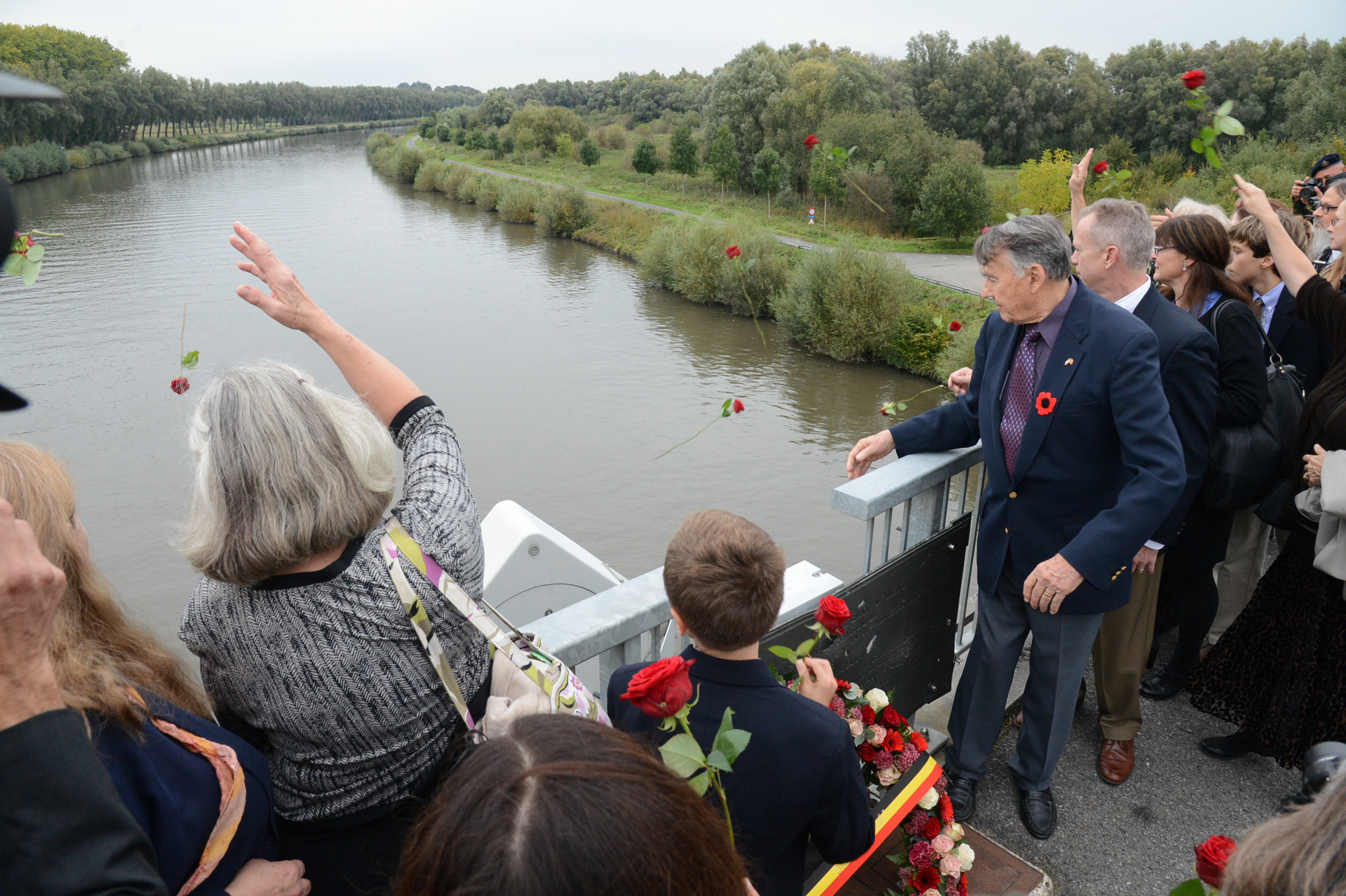 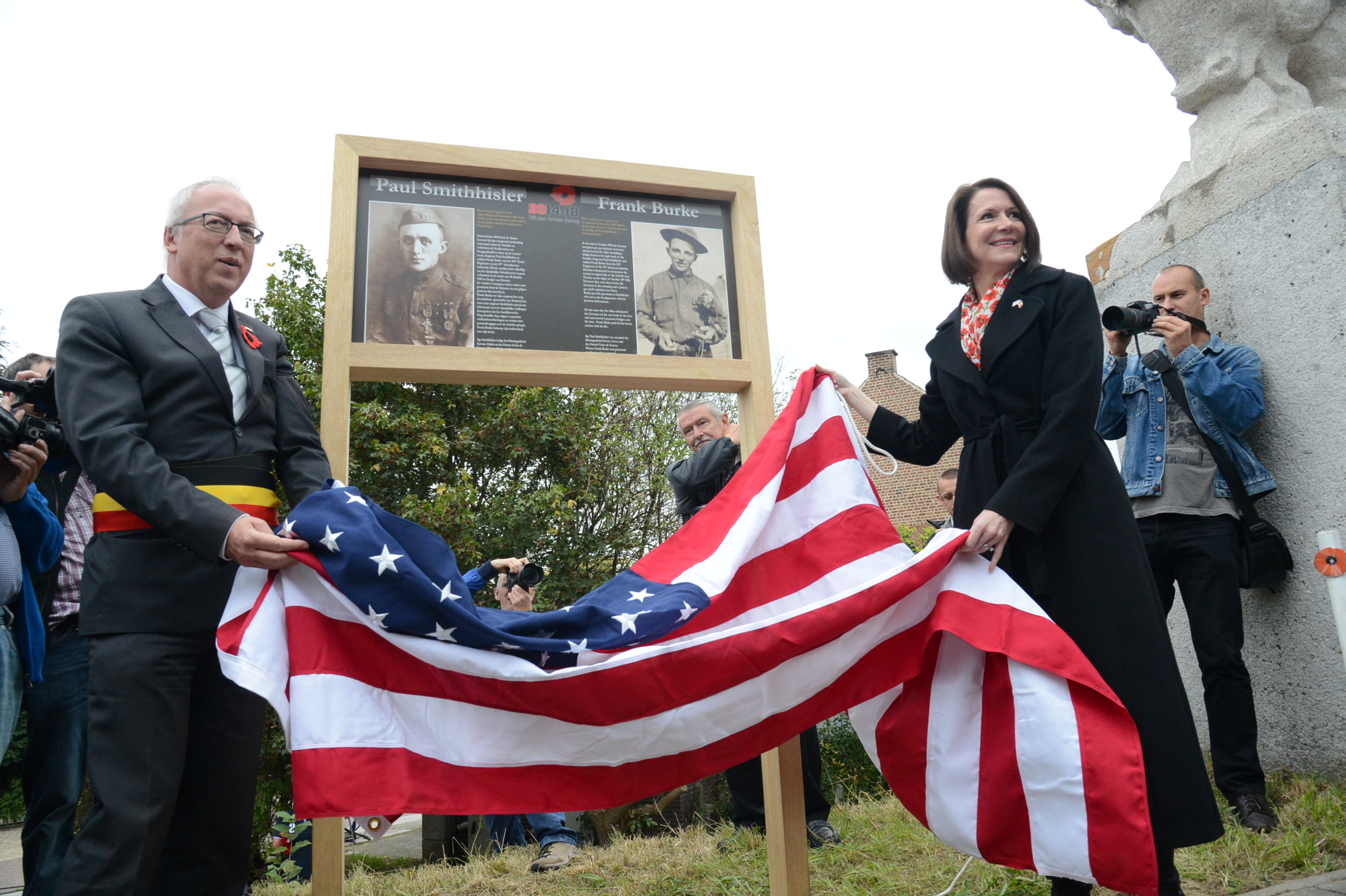 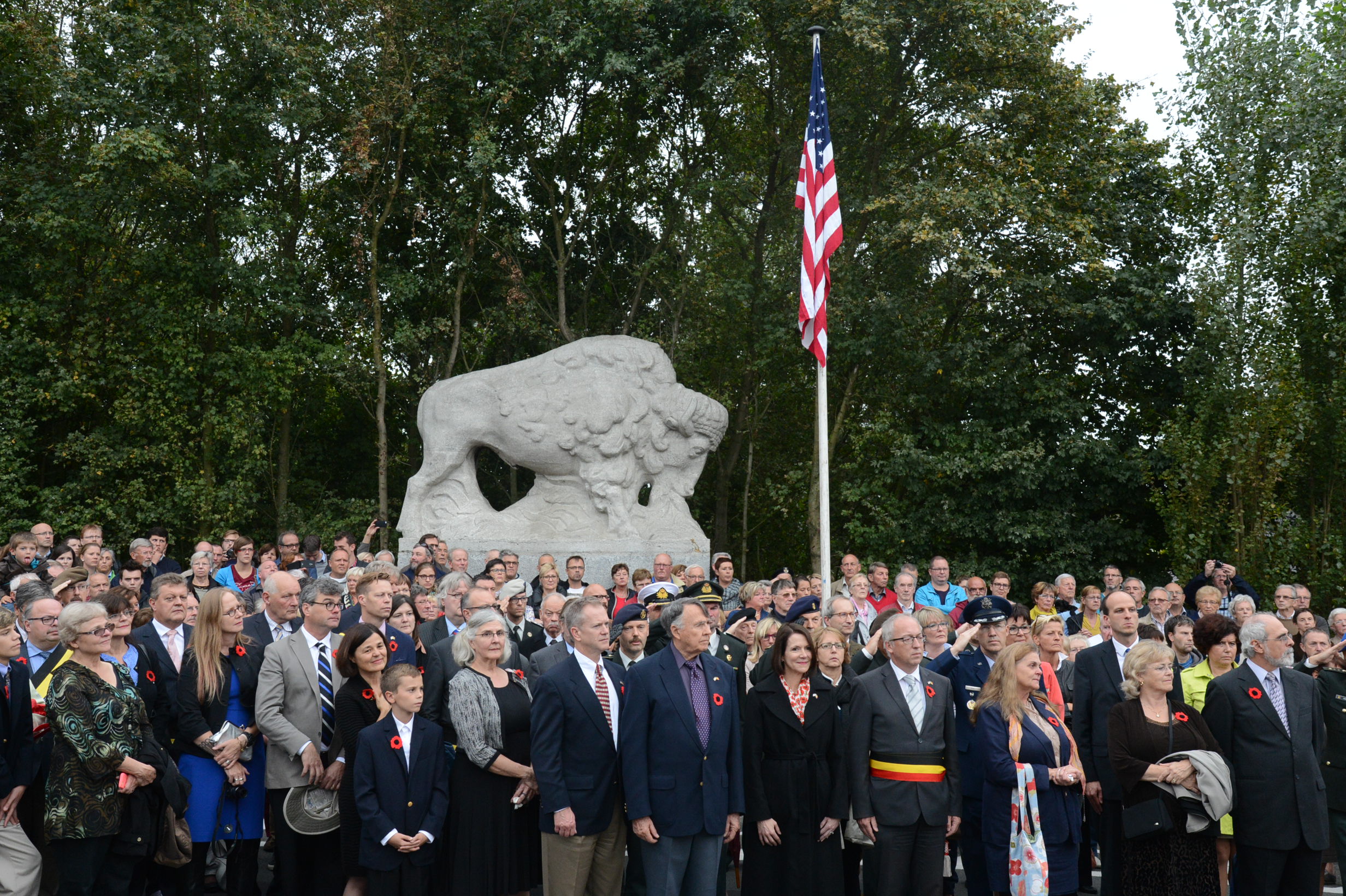 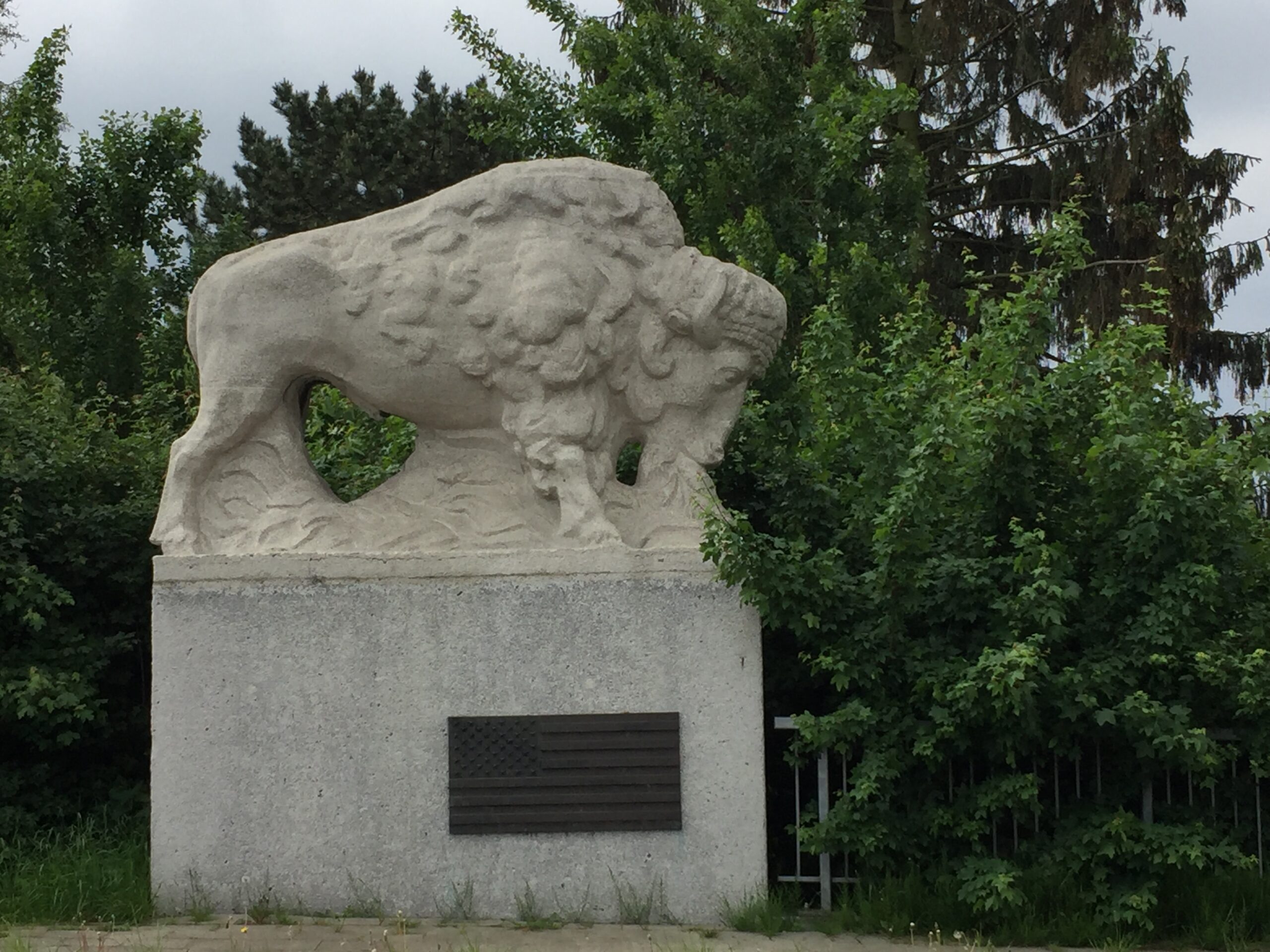