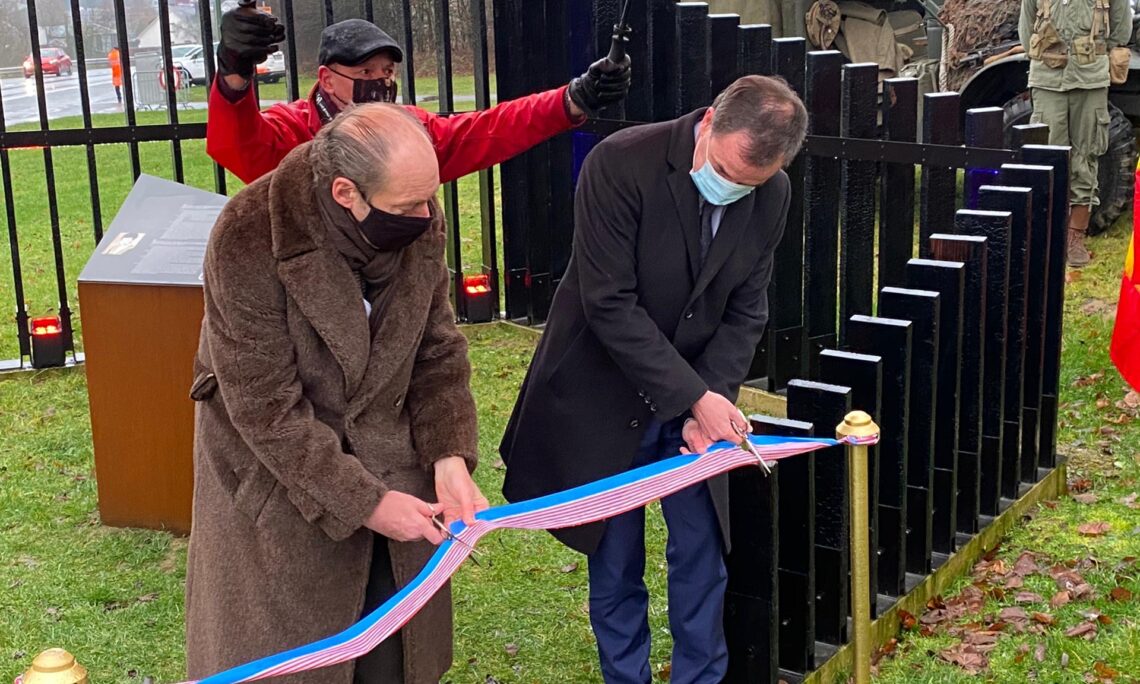 Ambassador Remarks for the Dedication of the Nurses’ Memorial in Bastogne

Traditionally, december had long marked a time of joy for families gathering in Bastogne.  In the final full year of the war, Renée Lemaire and Augusta Chiwy had both made their way home for the holidays.

Augusta took one of the last trains to get here to be with her family in a Bastogne that had been liberated just three months earlier.

But that fragile peace in the Ardennes was shattered on december 16, when the Nazis launched their surprise offensive on their way to take back the port of Antwerp.

As Bastogne was soon surrounded by German forces, both Renée and Augusta rose to the occasion and volunteered as battlefield nurses, working side by side with the U.S. Army.

No one forced them to do so.  They could have remained in the shelters with other civilians, but they chose to help because it was the right thing to do.

Christmas Eve 1944. Both nurses were working in an aid station in downtown Bastogne when a bomb struck the building, instantly killing 30 american soldiers and Renée Lemaire.  Augusta Chiwy had just stepped outside to have a glass of champagne to celebrate Christmas and she was slightly injured by the blast.

Renée’s care of our wounded had such an impact on the soldiers and the citizens of Bastogne that she soon became known as the Angel of Bastogne.

Meanwhile, for many years Augusta Chiwy’s contributions were nearly lost to history, until her story was finally brought to light.  I’m very pleased that she has received the recognition she deserved from the Belgian and American governments.

Our embassy staff got to know Mrs. Chiwy before she passed away in 2015 and I want to share one story that some of you may have heard.  When visiting her in the retirement home, one staffer asked Augusta what her memories of Bastogne were.  After thinking for a bit, she replied:  dancing snow.

Augusta was in a foxhole performing first aid. Once back at the aid station she reported to the doctor and she told him that she had seen the oddest thing.  As she was in the foxhole the snow started dancing all around her. The doctor said she was very lucky to be alive as the “dancing snow” was the impact of machine gun bullets flinging the fallen snowflakes around her.  Augusta started laughing and said: “now I know, the Nazis will lose the war if they can’t hit a black girl in the snow.”

The monument we are officially unveiling today is a tribute to the two Angels of Bastogne, to ensure they’re never forgotten.  More broadly, it’s also a tribute to all of the nurses who risked their lives on the front lines during WWII.  All too often, their roles have been forgotten and we owe them a tremendous debt of gratitude.  If you look closely at the memorial, you will see that it is made of tiny crosses that form one big red cross when seen from the road.  The burned wood symbolizes the aid station that was bombed.

I would like to thank Christophe Gaeta and Anne Verbiese who designed and built this memorial.

And a special word of thanks as well to the city of Bastogne for all their efforts to honor the memory of the fallen.