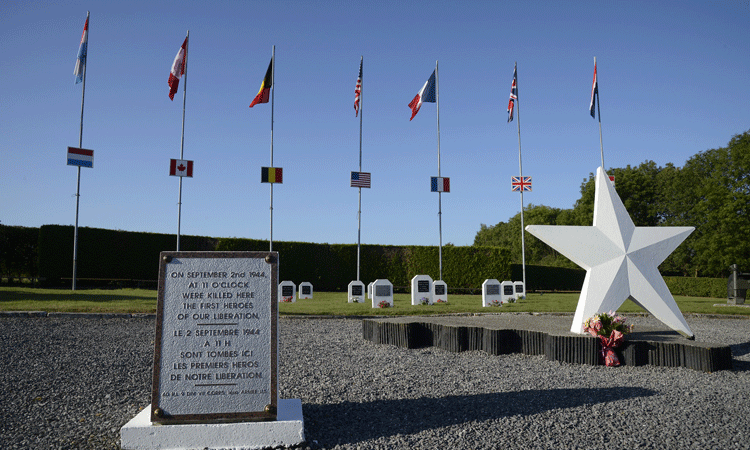 Ambassador Gidwitz’s Remarks
75th Anniversary of the Liberation of Belgium

Mr. Mayor, members of the city council, veterans, service members, dear friends – It’s truly an honor to be here today to commemorate the liberation of Belgium 75 years ago and to remember all those who fought and died in World War Two.

We’re standing on a hill overlooking this beautiful, peaceful valley. This serene location marks the spot where some of the first American casualties occurred during the liberation of Belgium. The soldiers had just entered the country and were making breakfast when the fighting started. Twelve young Americans died right here fighting for our freedom. We owe them and their fellow service members who never returned home a debt we can never repay. This year is especially poignant as we come together to remember many of the most important milestones of the Second World War. We recently marked 75 years since the June 1944 Normandy invasion, and we will commemorate the upcoming Market Garden airborne offensive in a few weeks. In December we’ll honor the courageous stand made by American soldiers to turn back Hitler’s last offensive during the Battle of the Bulge.

Our modern-day relationship with Belgium was built on the individual sacrifices of the soldiers who fought and died liberating Europe from tyranny. As we work with Belgium to defend ourselves from modern threats that jeopardize peaceful democratic norms, the sacrifices of these soldiers remain the beating heart of today’s Transatlantic alliance.

To all the active duty service members from the Belgian and American forces here today: Thank you for your service.

I’ve already attended numerous ceremonies around the country and I’m incredibly impressed by the expressions of gratitude and the genuine warmth and affection that the people of Belgium have for all those who made the ultimate sacrifice in both world wars.

So many of you have told me that you can never do enough to honor the fallen and I couldn’t agree more.

We Americans are in turn equally grateful to all of you who keep these memories alive for future generations as a reminder that freedom comes with a heavy price.

By standing together, we did not simply persevere, but we emerged victorious and stronger and created a united and enduring Transatlantic friendship. We must continue to work together to safeguard our democracies, economies, and liberties.

I’d like to express my deep gratitude to all of you here today. In particular, I’d like to thank Mayor Dupret and all the Belgian officials, civilian and military, and Mrs. Christel Delahaye for all they have done to be sure that we never forget what happened here.

To the American family members of the B-17, “Susan Ruth,” thank you so much for making the trip to Belgium. It really means a lot to everyone involved.

We must always fight for the promise of what can be and what should be. May we continue to stand together on the broad shoulders of those whose brave deeds and sacrifices we honor today and let these events that we commemorate here today never be forgotten.